By Kevin Stawicki
Law360 is providing free access to its coronavirus coverage to make sure all members of the legal community have accurate information in this time of uncertainty and change. Use the form below to sign up for any of our daily newsletters. Signing up for any of our section newsletters will opt you in to the daily Coronavirus briefing.


Law360 (July 28, 2020, 5:35 PM EDT) -- A Brooklyn federal judge on Tuesday ordered the New York labor department to immediately process Uber and Lyft drivers' emergency unemployment requests that were improperly delayed during the coronavirus pandemic, saying the ride-hailing companies' "gamesmanship" led the agency around "by the leash." 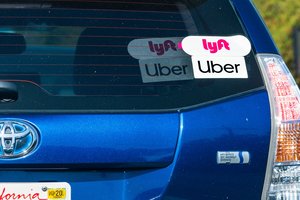 In granting the drivers' bid for a preliminary injunction, U.S. District Judge LaShann DeArcy Hall said the drivers were undoubtedly harmed by waiting months for unemployment insurance because the New York State Labor Department treats workers in the for-hire vehicle industry as independent contractors rather than employees.

"That unemployment insurance benefits fall into the category of subsistence benefits cannot be credibly disputed," Judge Hall wrote. "This is all the more true against the backdrop of the current health crisis ravaging this nation — a crisis which has led to almost unprecedented unemployment across various sectors, including the app-based [for-hire vehicle] industry."

Judge Hall took aim at the NYDOL's unemployment insurance application review process, which makes drivers prove their earnings rather than getting this data from their employers, as it does for workers it treats as employees.

By waiting for Uber and Lyft to determine drivers' unemployment insurance benefits, and by acquiescing to the companies' "appeal and abandon" practice to avoid a determination that they must report drivers' wages and earnings, the department failed to obtain the proper information it could have requested from the drivers themselves, the judge said.

"Particularly troubling is that in the face of such gamesmanship, the NYDOL's own practices have allowed for the app-based [for-hire vehicle] companies to lead it by the leash," Judge Hall said, adding that Uber and Lyft's refusal to turn over wage and earning information should have no bearing on the agency's payment of unemployment benefits.

"It is the duty of the NYDOL to obtain the necessary information, in the first instance, from other appropriate sources allowed under law," she said. "Inexplicably it has not."

Judge Hall also ordered the department to have a dedicated team of employees process the requests and notify drivers that they have the right to get a higher benefit based on their net wages.

Nicole Salk, a staff attorney at Legal Services NYC who represents the drivers, told Law360 in an email that the decision is a "huge victory for app-based drivers across New York who for too long have been illegally denied unemployment benefits due to them by the actions of Uber, Lyft and other companies."

"Uber and other app companies have been allowed to break the law by failing to report their employees' wages," she said. "The court's decision will put desperately-needed money, as much as $1,300 per month or more than $6,000 in retroactive benefits, in the pockets of thousand drivers who are trying to survive this pandemic and support their families."

"We work and we want to be treated like every worker, but we don't want people to treat us like a secondary class of people," Doh Ouattara, one of the four plaintiffs, said during a press briefing Tuesday. "We deserve what we have under unemployment. We don't want to be left without any support."

Uber spokesperson Alix Anfang said in an email that the employment system is "outdated and unfair because it requires that employees get benefits and protections, while independent workers who choose flexible work don't."

Ouattara and fellow drivers MD Islam, Abdul Rumon and Harnek Singh said in their suit filed in May that the state violated the U.S. Constitution and the Social Security Act by delaying their access to unemployment benefits and depriving them and other app-based drivers of months of much-needed benefits by misclassifying them as independent contractors.

The state "willfully disregarded controlling precedent" from the Unemployment Insurance Appeal Board and the New York Court of Appeals by continuing to treat the drivers as independent contractors, the suit contends.

In July 2018, the UIAB affirmed an administrative judge's ruling that three Uber drivers were employees and could collect benefits. And in March, the New York Court of Appeals — the state's highest court — said couriers for app-based food delivery service Postmates were also owed benefits.

"We are closely reviewing the decision and considering all of our options," Deanna Cohen, the NYDOL's deputy communications director said in an email to Law360. "Regardless, the Department of Labor has been providing benefits to rideshare drivers in New York and is committed to continuing that support."

Counsel and representatives for Lyft did not respond to requests for comment.