New Jersey Attorney General Gurbir Grewal announced the creation of an online database this month that tracks how often police officers in the state are using force, a tool his office described as the "first of its kind" in the country.

Grewal said the initiative will put the state a step closer to becoming "a national leader on policing reform," but some experts believe New Jersey is still lagging behind many other states when it comes to police accountability.

"We are committed to making New Jersey a national leader on policing reform, and our Use of Force Dashboard is a central piece of that effort," Grewal said in a statement when unveiling the database, which his office said is still in the beta stages. "We recognize that true accountability is impossible without transparency, and we want to learn how we can make our Use of Force Dashboard as transparent and accessible as possible."

Jeanne LoCicero, the legal director of the ACLU of New Jersey, said the database is a step in the right direction but that there is still work to be done.

This database provides some access to information that people are calling for, but of course, there's still more to do. 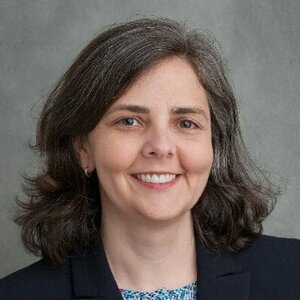 "The attorney general has moved the ball forward when it comes to use-of-force reports," she told Law360. "For decades, attorneys general have been ignoring the value of use-of-force reports, and advocates have had to fight to get access to them. So, this database provides some access to information that people are calling for, but of course, there's still more to do."

CJ Griffin, a Hackensack-based Pashman Stein Walder Hayden PC partner specializing in public records litigation, said that although the database provides data on police departments' use-of-force reports, it doesn't show the outcome of the incidents at issue because it fails to indicate if the officers received discipline.

"And the reason for that, and the reason why New Jersey cannot call itself a national leader on police reform, is because we shield police disciplinary records from public view," Griffin said. "Because we don't get to know the outcome of any of these internal affairs investigations, this data is out there with no context whatsoever — which, frankly, harms police officers, too."

Without having access to internal affairs documents, or IA documents, there is no way for the public to know if an officer's use of force was justified or if the officer was disciplined as a result, Griffin said.

The confidentiality of these records is "pursuant to the internal affairs policy of the attorney general's office," Griffin said. "So he, with the stroke of a pen, has the authority to say that IA records are no longer confidential, and he didn't."

Peter Aseltine, a spokesman for the attorney general's office, said Grewal has tried to pursue stronger policing reforms, including issuing two statewide directives last year calling for law enforcement to publish the names of officers who "have been fired, demoted or suspended for more than five days."

"Those directives are currently on hold due to litigation challenging the directives," Aseltine said. "As a result of that litigation, the question of whether the attorney general has the authority to release police disciplinary records is now squarely before the New Jersey Supreme Court."

Griffin, however, said the data in the use-of-force database is already accessible through the state's Open Public Records Act, or OPRA, and could already be accessed before the database rolled out.

Disciplinary records and IA documents, though, are exempt from OPRA and, as a result, are shielded from public view. Attorneys, too, struggle with obtaining IA documents when building cases. In the vast majority of cases, police are the only ones who can view law enforcement disciplinary records.

"It's the police investigating themselves," said Jennifer Sellitti, the director of training and communications at the ‎New Jersey Office of the Public Defender. "That's really what it is."

Sellitti said that as a public defender, in order to get an officer's disciplinary records, the attorney has to know about the specific misconduct the officer committed, file an affidavit about the misconduct and then ask a judge to order the internal affairs files.

Even if accomplished, the public defender wouldn't get to physically review the documents, Sellitti said. The files would be reviewed behind closed doors by the judge, who would then provide what is deemed relevant information to the defense's case.

"We have a chicken and an egg problem because I don't have any way of knowing a police officer's misconduct," she said, "so I can never make the legal showing."

For the 15 years Sellitti has been serving as a public defender, she has only been able to convince a judge to review an officer's disciplinary records once, she said.

Even prosecutors are stymied when it comes to accessing such records.

"It would have to be some internal affairs investigation that the prosecutor knew about," Sellitti said. "They may know more about those things than we do because of the nature of their job, but even a prosecutor sitting in court has no place to go to access those records."

The attorney general's database, she believes, will help public defenders, but not by much.

"This does very little for a line public defender who is in court and trying to get information about the officer who is about to take the stand and impact their client's life," she said. "It leaves us in the same situation we were in before except, arguably, it will now be faster to know if the officer on the stand had used force in the past."

Katie Bennett, a Minneapolis-based partner at Robins Kaplan LLP who focuses her practice on civil rights litigation, said she relies on police disciplinary records for most of her cases involving police officers and is able to do so because Minnesota allows access to those records.

New Jersey's lack of transparency is "crazy to me," she said.

"They do testify as part of their job, so they are, in a sense, professional witnesses," Bennett said of police officers. "It would be very frustrating to not be able to know what the person is like that you are working with, or suing." 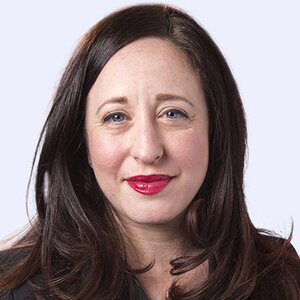 Rebecca Brown, the director of policy at the Innocence Project, a nonprofit that aims to exonerate those wrongly convicted of crimes, said that if disciplinary records — including unsubstantiated claims — were made public in New Jersey, "arguably a ton of violence on the streets and wrongful convictions could be totally prevented."

"You often can see patterns of misconduct if you look at a disciplinary record and see a list of unsubstantiated claims related to the same behavior," she said, adding that the attorney general's database fails to account for this.

New Jersey, when compared with the rest of the country, is "one of the worst of the worst" when it comes to police transparency, she said.

However, that could change with the passage of bill called S. 2656, which would make police disciplinary documents public records in New Jersey. Sponsored by state Sens. Loretta Weinberg and Nia Gill, the bill, which is also in the state Assembly, was introduced in June but hasn't moved out of committee since.

Brown said that if the bill were made into law, it would bring New Jersey up to par with states that allow access to disciplinary records, including New York, which repealed the section of its civil rights law that kept police records secret just weeks after the killing of George Floyd in Minneapolis.

If New Jersey's bill passed, Brown said, "it would, at long last, open the door for authentic accountability."

"Access to police disciplinary records promotes the accountability of law enforcement," she said. "In fact, there can't really be robust accountability without them."