By Andrew McIntyre
Law360 is providing free access to its coronavirus coverage to make sure all members of the legal community have accurate information in this time of uncertainty and change. Use the form below to sign up for any of our daily newsletters. Signing up for any of our section newsletters will opt you in to the daily Coronavirus briefing.


Law360 (September 18, 2020, 4:09 PM EDT) -- In this edition of Coronavirus Q&A, Nixon Peabody's real estate leader discusses the way force majeure is being used in leasing and construction contexts and notes that affordable housing development has remained strong throughout the pandemic. 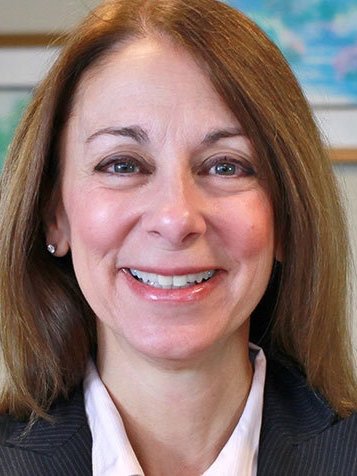 Pursley shared her thoughts as part of a series of interviews Law360 is doing with attorneys to discuss the ways the COVID-19 pandemic has created new legal questions and impacted businesses.

What are some of the key questions that your real estate clients are coming to you with at the moment?

Well the answer to that depends, I guess, on the client and the asset that we're talking about. I fortunately have the benefit of speaking with my colleagues in a lot of different markets across the country, and we see different things in different markets, of course, but there are commonalities. So for example, in commercial leasing, as you know very well, there are questions around rent deferrals, and rent abatement and early termination of leases.

There are also questions around enforceability. Enforceability of force majeure clauses as well as any other clause in the lease that might allow a tenant to recall payment of rent. And so we went through those questions early on in the pandemic. Primarily March, April, into June. Those were many of the questions that we were getting and dealing with.

Well, what we've learned about force majeure is that it's not a remedy that's readily available in most instances to allow a tenant to stop payment of rent. Force majeure provisions were generally put into leases to benefit the landlord. Not necessarily tenant. And as you know, most force majeure provisions do not allow for — or are not an excuse for — non-payment of rent. Of course, that hasn't stopped tenants from asserting arguments. Pre-litigation arguments in particular. They've also asserted, in addition to force majeure, common law principles of impracticability and impossibility, as well as frustration of purpose.

Those are winding their way through the courts, but I could tell you just recently ... there was a New York Supreme Court case, which, while not directly dealing with the issue, did rely on a lease provision which would indicate that a force majeure on an impossibility argument is really not going to be something most tenants would be able to rely on. Courts are not going to rewrite a party's contract.

So I think what we're learning is what we learned in law school, of having to go back historically and dust off those old law books and look at how real estate, in particular leasing, grew. And, you know, this is why leases, especially in areas like New York City, are 60 pages, 90 pages long. It's because they've continued to grow as we learned things over the years. So, unless it's within the four corners of the lease that's dictating the party's agreements, the courts are not going to look outside those four corners of the lease unless there is some ambiguity. And generally, leases do not have ambiguity when it comes to these types of concepts like force majeure and impossibility and frustration of purpose.

So, I think that if folks are waiting to see, or hoping that we'll have direction from the courts, we are not going to have the general direction because it's so fact specific. And, of course, jurisdiction counts a lot too. So I don't think we'll see anything new or unusual coming out of the courts on this issue.

So if that New York Supreme Court decision is any indication, it may be a high bar for tenants to use force majeure for these disputes, but I'm curious about force majeure in the construction context. I'm wondering if the force majeure argument might have more legs as it relates to disputes over construction agreements. What do you think?

Yes, and you're absolutely right. My prior comments were related to leases, but other agreements like a construction contract where there is an activity that could be prevented because of an act of God, for example, under a force majeure clause, yes, definitely we'll see those being enforced to delay whatever the activity is or excuse it in some instances. So I think construction contracts, even service agreements, anytime you're providing a service that's prevented, those industries will be certainly impacted differently more than leasing. Absolutely.

Let's talk about the financing arena a little bit. What are you seeing right now in terms of lending and access to finance?

There is money available. There are lenders doing business despite what you might read otherwise in the papers. And I think lending became more conservative, of course, after the Great Recession, and lenders continue to be conservative in their thinking. I think this has heightened their underwriting. I think, in particular, they're closely looking at, for example, what the underlying agreements are in the context of an office building. Whether there are outs in leases.

To your point about the force majeure provisions earlier, there could be greater scrutiny because landlords and tenants are becoming more creative in trying to do deals. And that creativity, while it might work for a landlord and tenant, might not be sufficient for a lender to underwrite. For example, we've seen some tenants aggressively push for the ability to terminate a lease in the event they're prevented from accessing a building because of the government shutdown or the pandemic. And while a landlord might be willing to provide some relief in those instances, they will draw the line at a termination right because it's not financeable. So I do see lenders scrutinizing the underlying agreements more carefully on those types of issues.

I want to also ask you about affordable housing because I know your firm does a lot of work in that area. I'm not sure how much work you specifically do there, but what's your sense of the market for affordable housing projects right now?

And I think that just demonstrates the will of both the government and the developers. So that's been a very active market and I think we expect it to continue and, in fact, we think that the third and fourth quarters are going to continue to be very active on affordable housing closings.

Well I think the scale was certainly different, because in the Great Recession being 10, 12 years ago, the incentives to develop affordable housing weren't as robust as they are now. So while my firm has been on the forefront of affordable housing developments for many, many years, the level of activity, and the need, and finally the will of developers to enter the market has really accelerated since the recession. So it's hard to compare. It's really hard, difficult to compare because the activity level is so different.

What do you think are going to be the next types of questions, the next stage of questions that you'll see from clients going forward?

So what I do see is that that cooperation is going to wane, because reality is setting in and the pandemic has, of course, gone on much longer than I think people anticipated back in March and April. And so the rent deferrals, which, for example, we've seen generally in the three- or four-month range of rent deferrals, are running out. And so parties will be forced to renegotiate. And I do see tenants seeking to renegotiate leases. The landlords, on the other hand, of course, have restrictions, because of their lending requirements. And so a renegotiation may or may not solve the problems centrally. So I think what we'll see is a more robust attempt to renegotiate existing agreements.

That's on the leasing side. I think on a purchase and sale side, what we're seeing is almost the opposite: … capital sitting on the sidelines for the last six months. I think now that there is the possibility of a vaccine, maybe an end in sight, parties are willing to go back into the market, start to spend some money and then be opportunistic. Because the markets have been depleted there for six months or nine months or so. So I think we will see an uptick in activity on both leasing and transactional sides. I'm an optimist.