Trial Recess: Orrick's Annette Hurst On VR In A Pandemic


Law360 (August 7, 2020, 7:51 PM EDT) -- Intellectual property attorney Annette Hurst of Orrick Herrington & Sutcliffe LLP uses technology in the courtroom and out — as a gamer and virtual reality enthusiast — and she says that background helped her parse a daily diet of scientific studies as she helped head the firm's response to the coronavirus pandemic. 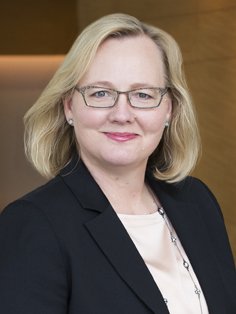 Hurst is no stranger to headline-grabbing copyright cases, having helped toymaker MGA Entertainment win a $137 million jury award in its long-running dispute with Mattel Inc. over the popular Bratz dolls. And she represents Oracle in the company's software copyright war with Google, currently pending before the U.S. Supreme Court.

The San Francisco-based attorney has had leadership roles at Orrick during the pandemic, ending a six-year stretch on the firm's board of directors in March and taking on leadership of the firm's technology sector as well as heading up its internal COVID-19 task force.

During a 40-minute conversation late last month, Hurst told Law360 about the areas where technology falls short even for an enthusiast such as herself, about how jury trials in a pandemic might favor defendants and about holding her birthday party in virtual reality.

How have the last few months gone for you?

It felt like for the first two or three months everything just went on hold while we all sort of felt our way through and tried to figure out what's going to happen next.

And then, as it became increasingly apparent that this was not going to end anytime soon, a sort of new normal began creeping in. With video depositions, and all the same electronic tools that we used before, but we're just doubling down on them to an even greater degree.

The activity for the large part started to resume. But everything's less efficient now. Everything takes longer, everything is just much more difficult to arrange.

I've heard from some people they see remote depositions as possibly being more efficient by reducing travel days. Why do you feel differently?

That's an interesting point. I like to use documents in depositions. Especially discovery depositions. While there's a number of court reporters that have excellent systems and a lot of people have done a lovely job, I just think the document handling in remote depositions is inefficient. There's almost no way to avoid that problem.

I know you do a lot of legal work for software companies. Would you say you're a technologically adept person outside your legal work?

Yeah, I would. I like to stay up on technology, I use a lot of the cutting-edge technology in my own life. I've always been a gamer and I have a [virtual reality] headset, and that has been one of my real escapes during the pandemic, it's been a lot of fun to use.

I have found it to be a remarkably effective social outlet for me, at a time when I can't do very much socializing. And I actually had a VR birthday party and about 50 of my VR friends came to it. It was super fun, we all had a great time and I don't know any of these people in real life. And that's OK. I think that's actually one of the things that has helped keep me sane these last few months.

What's your assessment of using Zoom and other remote technologies for in-court proceedings?

For motion practice, it's pretty standard and hews pretty close to the norm. And I've had settlement conferences that seemed to work pretty well in this format. The judge can divide the parties into separate rooms using some of these various technologies and go back and forth between them.

The parties can actually interact directly with one another in ways that can be a little less fraught than sometimes are in settlement conferences. Because you're not right there in each other's face.

I have not tried to do a trial remotely ... but I'm skeptical of a jury trial remotely. I think a bench trial that doesn't involve a ton of documents is probably doable. But I do think that there is definitely something lost with the in-person observation when it comes to cross-examination and the credibility of witnesses.

So if you had a client that had the option right now to do either a remote bench trial or an in-person jury trial conducted with safety measures, would you be more comfortable with one or the other?

There's some profound social issues around the issue of trying to have a jury trial right now. First of all the civil/criminal thing. The criminal backlog is significant. And the resources of the courts are constrained. I think we all, lawyers and clients, have a duty to understand that and think about the importance of that in the current context.

But that's still going to leave some number of cases where parties simply cannot resolve their differences on their own, and they need a third-party decision maker.

I think you have to step through the analysis about whether to give up a jury trial only after knowing what you want in a jury for that particular case, and that is harder than ever to figure out now.

When it comes to in-person jury trials, it is very hard to imagine jurors feeling completely safe and not having some residual ill-will towards the parties for being unable to resolve their differences and imposing on the public in this way.

All of those things strike me as things that cut against plaintiffs, rather than against defendants, in this environment.

As someone who represents plaintiffs a fair amount ... all of that concerns me a lot about how plaintiffs are going to make their way in this world. And maybe it counterbalances the sort of traditional wisdom that for a plaintiff you'd rather have a jury than a judge.

If parties do choose to delay trials indefinitely, what sort of impact might that have?

It seems like some people are going into arbitration now. And I guess that doesn't strike me as being a whole lot different from a bench trial.

For commercial disputes for two business actors, let's face it: That probably does make a lot of sense for many types of disputes.

There was a point last year or the year before, where the entire [alternative dispute resolution] movement paused a little bit and courts started saying, "Hey, wait a minute, we're not having enough jury trials anymore."

[The pandemic] is probably going to put a wrench in that. I feel like the pendulum had started to swing back in a fairly significant way, and this is going to put a dent in that.

With remote technology becoming more important during the pandemic, are there any legal challenges or opportunities arising for the software industry?

From the very first closures, the software industry and the telecoms industry have been part of the critical infrastructure that have made it possible for the economy to continue at all in the pandemic.

The tech clients were the first ones facing down the issues around what can be opened, what can be closed; how many people should be in the workplace, if any; what do we do with people who can't work from home, how do we accommodate this.

The very first Bay Area closure order, I got pinged within moments by a client saying, "What does this mean for us?"

We had to stay on top of the science as much as we could right alongside our clients. I used a custom Reddit feed that I set up for myself to read all the new preprints coming out of the scientific papers.

I would wake up in the morning and I would spend probably an hour and a half every morning reading all the science and all the latest orders and then disseminating that throughout the firm, to all the different groups who needed to know what was going on and were helping us advise our clients.

I'm assuming reading infectious disease and epidemiology papers isn't something they taught you in law school?

It's not, but as an IP lawyer who's tried patent cases ... tech cases, you learn how to read scientific material and extract the essentials from it and also to judge its reliability.

As an IP lawyer especially, I think we're very well suited to fill those roles in the firm, and help the lawyers in the rest of the firm be able to deliver a great deal of value to our clients.

What was it like having a leadership role at Orrick during this pandemic?

I'm a little bit of a weirdo, I told you I'm a gamer, and I'm also kind of a pandemic geek. I was on the board for six years, and all the prior outbreaks of various diseases, I was always the one tracking everything and saying, "OK, now we need to pay attention to this."

I'm not a panicker or a crazy paranoiac or anything like that, but just someone who's a bit of a futurist. So I tend to see the things coming before they get here. So I was tracking this in China in January.

We had internal task forces up and running long before I think anybody else did. And we were the first firm to cancel our global partnership meeting at the end of February.

Are you using social media more while you've been stuck at home?

I haven't been tweeting a lot. I've become more concerned about social media than I have been in the past. And as the parent of two teenagers, I was somewhat worried about it before. I've been a frequent user of Facebook and Twitter and have enjoyed using them very much. I'm concerned about the degree to which, in general, misinformation is affecting our populace right now.

And I don't mean to suggest any particular social media company has any greater or lesser role in that, but just as a citizen I've become very concerned about that.