By Tom Zanki
Law360 is providing free access to its coronavirus coverage to make sure all members of the legal community have accurate information in this time of uncertainty and change. Use the form below to sign up for any of our weekly newsletters. Signing up for any of our section newsletters will opt you in to the weekly Coronavirus briefing.


Law360 (December 23, 2020, 8:58 PM EST) -- The coronavirus pandemic upended capital markets in 2020, forcing companies and their legal advisers to rethink the most effective routes for going public and potentially creating lasting changes that could endure even after public health worries subside. 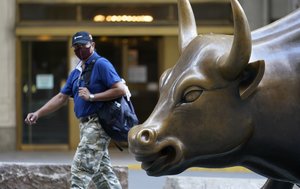 To say that the past year was tumultuous may sound like an understatement. After a strong start in 2020, the initial public offerings market froze in March as pandemic-related restrictions unsettled the economy. Companies delayed plans to go public as they waited for stability.

Markets gradually recovered, aided by Federal Reserve and congressional relief packages, so that by late spring the IPO scene was humming again. At the same time, though, more companies began exploring alternatives to the traditional IPO as a way of guarding against future uncertainty.

Plus, the pandemic forced companies that went public to cut travel and in-person meetings. This opened the door to virtual roadshows, a quicker and less costly way to market offerings to investors.

Add it all up and the events of 2020 accelerated changes in how companies go public. Capital markets attorneys are now sizing up the new environment.

"The capital markets are continuing to evolve," Debevoise & Plimpton LLP partner Steve Slutzky said. "And everything evolves toward the most efficient path to the market."

Here are three takeaways from the past year that could shape the IPO landscape going forward.

Long before the pandemic, businesses could go public through a blank-check company, also known as a special purpose acquisition company. SPACs are shell entities that raise money through an IPO in order to acquire a private company and take it public. Before 2020, SPACs generally accounted for up to 20% of all IPOs; this year, they generated more than half of them.

A business might prefer going public through this backdoor path in order to save time and avoid some of the rigors of the traditional IPO process, which can take at least six months from start to finish.

A company bought by an SPAC can secure deal terms quicker and reduce market risk by negotiating directly with its acquirer rather than taking a chance on a sometimes volatile IPO market. The uncertainty introduced by the pandemic further enhanced the appeal of SPACs, lawyers say.

"There's certainty, speed and more of a sense of control over the process," Loeb & Loeb LLP partner Mitch Nussbaum said.

SPACs exploded this year. Through mid-December, 230 blank-check IPOs raised $76.9 billion in 2020, according to Dealogic. The number of offerings represents 53% of all IPOs this year, and the proceeds total is the most ever for one year, exceeding the previous decade combined.

The array of blank-check acquirers joining the fray was also wider in 2020, including more SPACs targeting electric-vehicle companies or early-stage technology and biotechnology startups. These new players added variety to a sector that historically has focused on more conventional industries.

The jury is still out on the success of these new SPACs, which will be determined by the quality of their acquisitions. Most blank-check companies have about two years to land a target or investors get refunded, meaning the near future will reveal the fate of the recent SPAC surge.

"There will likely be more announced SPAC mergers and new public market entrants from SPAC mergers in 2021 and 2022 than ever before," EY's Americas IPO and Strategic Transactions Leader Rachel Gerring and U.S. Equity Capital Markets Advisory Leader David Brown told Law360 in a statement.

Some signs suggest the blank-check mania may have peaked. More companies in October began downsizing their deals, indicating that investor demand could be topping out.

Plus, most SPACs to date have not yielded strong returns. An October study by IPO research firm Renaissance Capital concluded that the common shares of 93 SPACs that acquired a business since 2015 produced an average return of -9.6%, compared with an average aftermarket return of 47.1% for traditional IPOs.

But performance appears to be improving. The same study also noted that blank-check mergers between 2019 and 2020 have outperformed those from 2016 to 2018.

As paths to public markets continue to evolve, capital markets attorneys expect to stay busy explaining the pros and cons of various routes to their clients.

"Definitely between IPOs and SPACs, there's a healthy debate between the attractiveness of one or the other," Gibson Dunn & Crutcher LLP partner Andrew Fabens said.

While SPACs have been encroaching on turf normally occupied by conventional IPOs, data show the traditional way of going public still has strong appeal. More than 180 companies have gone public in 2020 through ordinary means — which includes hiring underwriters and issuing new shares after thorough vetting by regulators — including several billion-dollar-plus offerings.

Attorneys say the traditional IPO can provide a sound entry into public markets. One reason is that underwriters look for initial investors that want to be long-term owners of that business, potentially reassuring the company that its shares will be in the right hands.

Plus, the marketing of new shares that occurs with a conventional IPO can educate the investing public about a company's fundamentals and stimulate interest about its business.

"You're on a more predictable trajectory to success through a traditional IPO," Fabens said.

By the time companies complete their IPOs, Fabens noted, they have also gone through rigorous screening by the U.S. Securities and Exchange Commission, readying them for life as a public company. Businesses that go public after merging with an SPAC also must comply with SEC regulations, though lawyers say the traditional IPO demands more upfront preparation.

Companies in the technology and health care industries, two resilient sectors amid the pandemic, have flocked to traditional IPOs in 2020. Those two sectors alone accounted for 74% of all IPOs in 2020, according to Renaissance Capital.

December's IPOs were among the year's most extraordinary.

Still, some companies are bucking both traditional IPOs and SPACs in favor of direct listings, a less common alternative in which companies bypass hiring underwriters and list their shares directly on an exchange. This can save a company on underwriting fees and allow early shareholders to cash out without being restricted by lockup periods customary in conventional IPOs.

Data miner Palantir and corporate software firm Asana went public via direct listings in 2020, following in the footsteps of music streamer Spotify and workplace messaging app Slack in 2018 and 2019, respectively — a route considered novel at the time due to the rarity of direct listings by large private companies.

One drawback of direct listings was that they previously didn't allow companies to raise fresh capital. But that will soon change. The SEC on Tuesday approved a New York Stock Exchange plan that will allow companies that conduct direct listings to also sell new shares, potentially boosting the appeal of this IPO alternative. Nasdaq has a similar proposal under SEC review.

Attorneys anticipate that companies going public will consider the increasing options before them and decide what path makes sense.

"You'll see boards being open to direct listings and traditional IPOs as there are definitely some benefits to each structure,"  said Freshfields Bruckhaus Deringer LLP partner Sarah Solum, who heads the firm's U.S. capital markets practice.

Apart from opening up various routes for going public, technology is changing how those routes are traveled. One change resulting from the pandemic is that issuers began conducting roadshows — a marketing event in the run-up to an IPO where companies and their underwriters pitch their offering to investors before settling on an IPO price — virtually rather than in person.

IPO lawyers say virtual roadshows have been well received in that they save companies time and travel costs. Virtual roadshows can be done in as little as four days, compared with the nearly two weeks of the traditional format. The shorter timetable enables companies to price their offerings quicker, decreasing their risk of running into a market downturn.

"In a lot of ways, it's more efficient," Slutzky said. "You take out the travel time that a management team used to spend. You're allowing bankers to get management teams in front of a larger pool of investors more quickly."

Even so, market experts say roadshows may not remain fully virtual after the pandemic. In-person meetings have the advantage of allowing participants to read body language, and in cases where investors don't know a company well, they might prefer meeting face to face.

"I know anecdotally of investors that find it difficult to get a feel for the management team of a company through a Zoom meeting," Paltrowitz said. "It's a different experience when you are in a room."

Lawyers say companies and their investors may ultimately settle on hybrid arrangements, using virtual technology where possible while also keeping the option of in-person meetings when needed.

"As long as investors are comfortable, I am sure that virtual meetings will be part of the IPO process, even post-COVID,"  Solum said. "That said, I think there will be some investors who will want management teams to come to them and look them in the eye."

Correction: An earlier version of this story misstated Paltrowitz's title. The error has been corrected.