Law360 (February 5, 2021, 7:00 PM EST) -- Lincoln Property and Kairoi Residential had just started construction at 6X Guadalupe in Austin, Texas, when the pandemic hit, and that timing allowed the developers, who've looked to numerous law firms for help, to be nimble with design changes that keep health and safety in mind.

The tower, the first in Austin to have such a balanced mix of residential and office use, is slated to rise 847 feet and is the tallest building currently under construction in Texas, according to the Council on Tall Buildings and Urban Habitat.

A large chunk of the bottom portion of the 66-floor tower, located at West Sixth Street and Guadalupe Street, is office space, while the top portion is residential. The property, which is in the midst of a name change to Sixth and Guadalupe, according to a spokeswoman for the developers, also has a retail component. 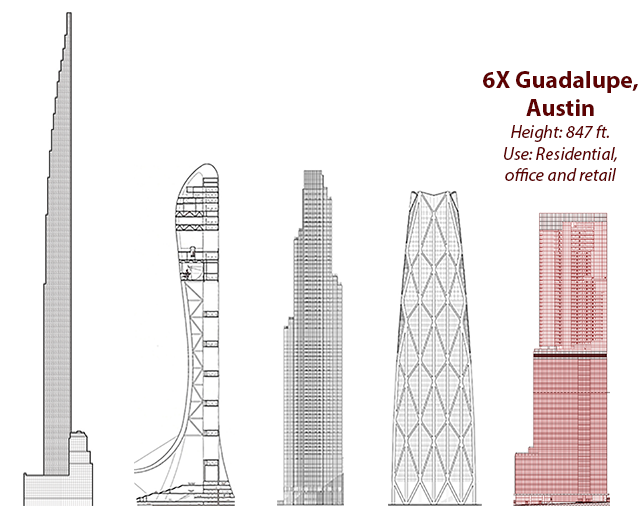 
Austin was on the leading edge of closures as COVID-19 started to spread across the U.S. in March 2020. The city on March 6 canceled its iconic South by Southwest music festival, one week before it was scheduled to take place. The city also looked at individual construction projects, including 6X Guadalupe.

An ordinance from the city of Austin required that the developers put up COVID-19-related signs around the site and required the developers to ask the roughly 300 site workers various questions before they were allowed to enter the site.

"This wasn't an 'everything shut down' period. It was more like, 'We don't know what's going on here, and so we're going to kind of press pause,'" said Seth Johnston, senior vice president at Lincoln Property Co.

"The city did come in for a day or two, and they did shut construction down. Then it became a, 'Well, let's look at this.' All construction was ultimately deemed essential. I think we were shut down for maybe a day or two," Johnston added.

6X Guadalupe has been more than six years in the making.

The developers in 2014 started looking at the idea of building the project, and got the site under contract in December 2016.

But planning was a major undertaking. The developers, for one, were looking to build far more density than the site was zoned for, and had to work with the city of Austin to obtain additional density.

The project took advantage of Austin's Downtown Density Bonus Program, which the city set up in 2014. The program grants additional density to developers who agree to make certain investments in the community, such as creating new public spaces.

Plans call for 589,112 square feet of commercial space, 349 apartments and 9,984 square feet of retail space. The office and retail portion has an entrance on West Sixth Street, while the entrance for the residential portion is on West Guadalupe Street. The base of the tower is retail, floors 2-12 are parking, floors 14-32 are commercial and floors 34-66 are residential.

"The portions of the project that were eligible received [a floor area ratio] of 25:1," said Amanda Swor, director of entitlements and policy at Drenner Group. Such a ratio is fairly dense and the type of density that typically requires city permission. "Only half of the property was eligible to participate in the Downtown Density Bonus Program."

Another piece of the planning puzzle involved structuring the building as separate units by use, in order to allow separate ownership by multifamily and office operators and for financing and refinancing for portions of the building as opposed to the entire building.

Winstead PC shareholder Bob Burton assisted an owner-developer special purpose entity with that and other matters, while Winstead shareholder Robert Bass helped that entity with various aspects of the project, including construction contract matters and restrictions on future conversion of the residential space to for-sale condos.

After getting the needed density and the green light to build, the project headed to the construction phase in late 2019. Kairoi and Lincoln finalized their development joint venture in late 2019, bringing on San Francisco, California-based DivcoWest as a partner for the project.

Starting construction a few months before the pandemic proved to be significant, the developers said.

"Luckily for us, we finalized our construction financing in October of 2019. Then we demolished the existing hotel and started construction in October," Johnston said. "Timing is everything, as they say. If that would have been pushed back six months, we probably [wouldn't be] under construction yet." 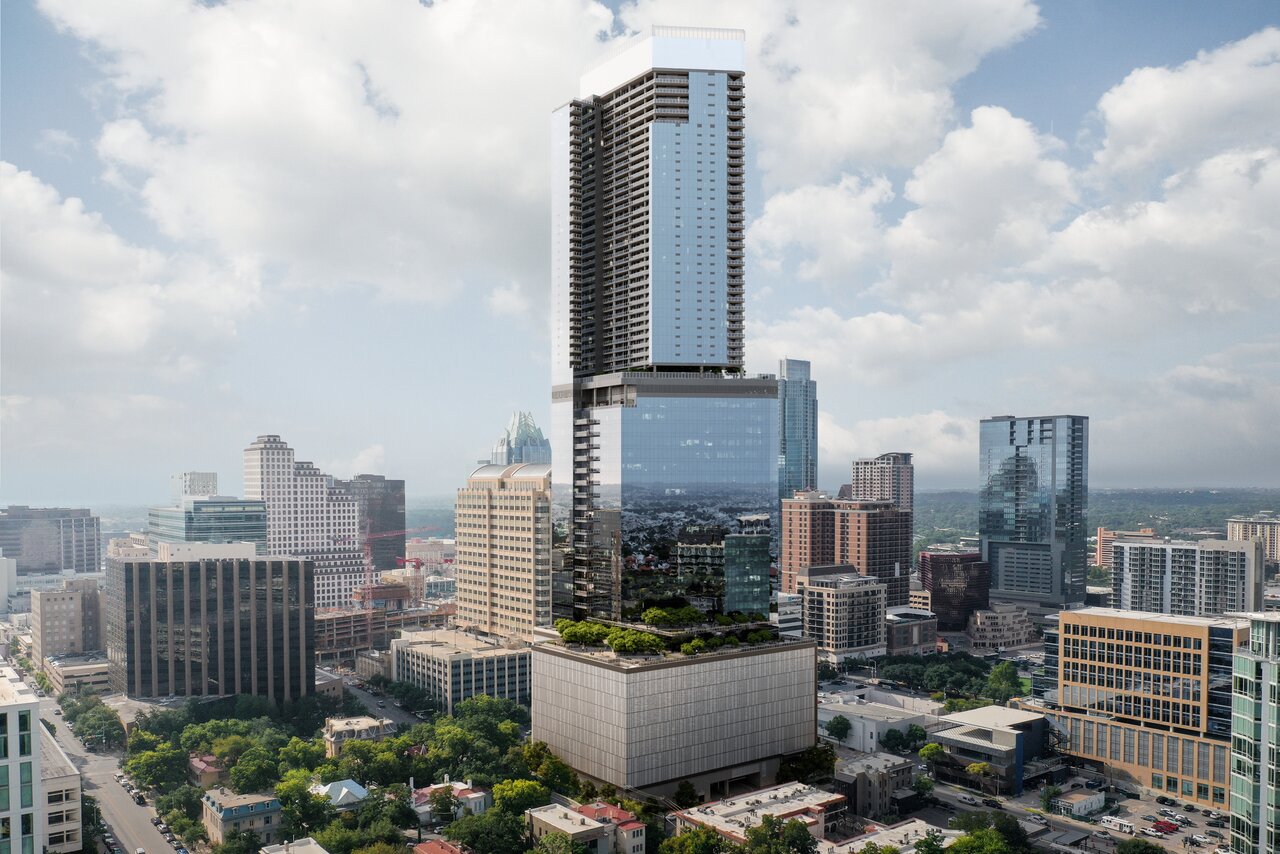 6X Guadalupe will be Austin's first tower to have a massive amount of space across multiple uses. (Photo credit: Sixth and Guadalupe)


While construction continued, the developers did put in place certain precautions, making sure personal protective equipment was readily available, doing temperature checks and requiring certain check-ins and updates from workers at the site. They also spaced the temporary restrooms six feet apart, which tripled the amount of space the restrooms had taken up, and doubled the number of hand-washing stations at the site.

The timing, though, also created opportunity. Since the project wasn't years into construction, it's been easier to pivot, and the companies are now considering changes with COVID-19 and health and safety in mind.

One of the main considerations is the possibility of bringing in some sort of technology that obviates the need for pressing buttons at various locations.

"What's been fascinating to me thus far is how quickly the market is generating new technology. It seems like weekly, new technology is coming out. … The market's really stepped up," said Tony Curp, senior vice president at Kairoi Residential.

Johnston said the companies are considering a series of changes that would make it possible to go from one's car to office without touching any surfaces. The companies are exploring the idea of touch-free elevators, among other things.

"We have made and are in the process of making some design changes to the building," Johnston said. "They are expensive changes, but we're likely to move forward with them."

The companies plan to start tenant improvement outfitting of certain spaces in 2022 and to deliver the residential and office portion of the project in 2023.

"In terms of keeping construction going, thankfully, we only had a truly minor hiccup as a direct result of COVID," Johnston said, referring to the fact that the project only stopped for a couple days in March.

Nobody, Johnston said, ever thought about a major pause on construction.

"That was never even up for discussion," he said.

The developers had help on zoning matters from Amanda Swor and Steve Drenner of Drenner Group PC.

Michael Fishman of Greenberg Traurig LLP also worked on the project, although his role was unclear.

Update: This article has been updated to indicate that the project is in the midst of a name change.