Law360 (November 2, 2020, 6:25 PM EST) -- Just as he did in 2016, President Donald Trump has spent months warning of alleged voter fraud and starting legal battles about vote validity and election rules that could stretch far beyond Tuesday.

The Trump campaign has rallied lawyers across the country to its cause and has trusted attorneys and law firms running point in key battleground states with broad and deep experience in election law.

Several attorneys have also been put in roles that have them advocating in the court of public opinion — some as social-media flamethrowers and others more privately influencing traditional media coverage.

Some veterans of Trump's 2016 campaign, like Michael Best & Friedrich LLP partner Justin Clark, moved up in the ranks this time around, while some familiar faces, notably Jones Day partner and former White House counsel Don McGahn, have been notably absent.

McGahn led legal efforts for Trump's 2016 campaign but, after he resigned from his White House post in 2018, he has not taken a high-profile position in the 2020 campaign. Jones Day, however, still does a lot of work for the campaign.

Also missing is Michael Cohen, Trump's former personal lawyer who performed some election-related work in 2016 that led to Cohen's criminal conviction for violating campaign-finance laws. Cohen has since become a vocal opponent of his former client.

With Joe Biden counting on his own star legal team heading into Election Day and beyond, Law360 looks at some of the key attorneys, firms and groups working for the 2020 Trump campaign. 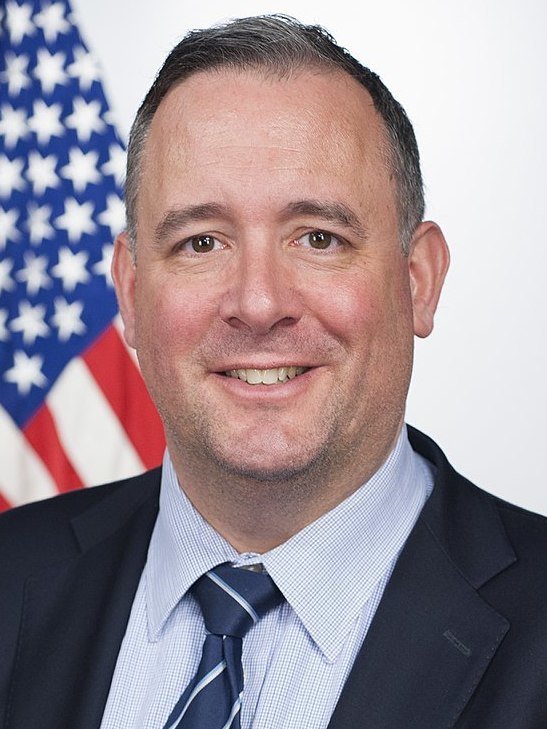 He has deep Republican connections in Connecticut, where he had previously managed Tom Foley's unsuccessful gubernatorial bids. He was general counsel for the Connecticut Republican Party from 2011 to 2013. 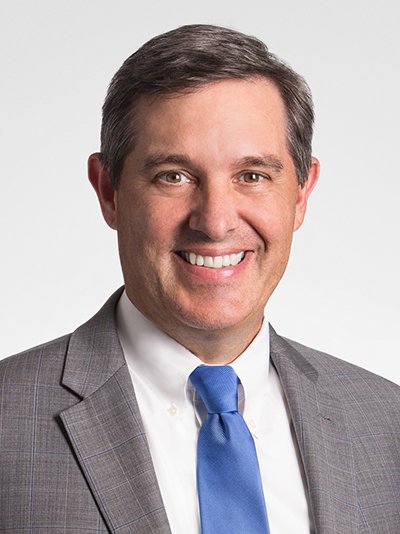 Stefan Passantino has a long history in politics, and his former clients are a virtual who's who list in Republican circles.

The former White House deputy counsel has worked for ex-House Speakers Newt Gingrich and Dennis Hastert, Energy Secretary Rick Perry, who is a former governor of Texas, and others. Passantino is particularly well-connected in Georgia, a traditionally conservative state that is expected to be a toss-up this year.

He has also helped to form pro-Trump super PACs and advocacy groups. For the current election, he helped found Elections LLC. Like Clark, Passantino is a partner at Michael Best, where he heads the firm's Political Law Practice.

Passantino had represented the campaign in a lawsuit against the state of California over a law that would have required presidential candidates to release their tax returns to be on the ballot. The law was ultimately scrapped.

Passantino was also reportedly among a group of Trump campaign officials who offered to the Wall Street Journal allegedly incriminating emails about Hunter Biden, the son of the Democratic presidential nominee, according to a New York Times report.

Matthew Morgan is a former White House attorney who was previously an associate and a partner at Barnes & Thornburg LLP. He had served as general counsel to Vice President Mike Pence's campaign. He joined the board of trustees for Trump's presidential transition team in November 2016 and in January 2017 left Barnes & Thornburg to serve as counsel to the vice president.

"Democrats have attempted to shred election integrity measures for months, and there's no question they'll continue their shenanigans from now to November and beyond," he told Law360 through a campaign spokeswoman. "Republicans are preparing every day for the fight and will be ready on Election Day and after."

While Jones Day doesn't have a partner helming the campaign this year, it's still raking in more campaign cash than any other firm. Jones Day has taken in $4.6 million in legal fees this year and last.

The firm is representing Republicans and the Trump campaign in a battle over a mail-in ballot deadline in the critical swing state of Pennsylvania. Republicans have sought to overturn the state Supreme Court's three-day deadline extension for mail-in ballots sent on Election Day that would allow ballots received on Nov. 6 to be counted.

The case could end up at the U.S. Supreme Court. 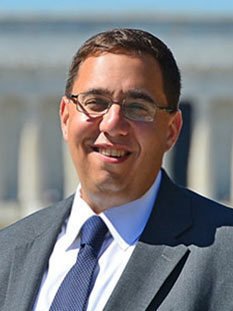 William Consovoy is a devoted Republican and an appellate star whose firm has already raked in hundreds of thousands of dollars fighting in federal courtrooms on behalf of the Trump campaign.

Consovoy McCarthy is representing the campaign in multiple voting rights and election-related lawsuits and in litigation over efforts to get Trump to divulge his tax returns.

Consovoy, a 2013 Law360 Rising Star who was then a partner in Wiley Rein LLP's appellate practice, is known for U.S. Supreme Court wins that challenged affirmative action in university admissions processes and stripped Voting Rights Act restrictions from Southern states. 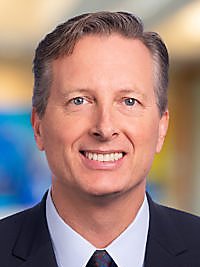 Charles Harder, an attorney with high-profile conservative connections who specializes in suing media outlets, has been hard at work for the Trump campaign, earning at least $3.5 million from the campaign in 2019 and 2020.

Harder is representing Donald J. Trump for President against The New York Times in a lawsuit alleging the newspaper ran a libelous opinion piece accusing the president's 2016 campaign of striking a deal with Russia.

He has also defended the president against a defamation suit brought by adult entertainer Stormy Daniels, who alleged Trump defamed her when he tweeted that she wasn't telling the truth when she said she was threatened to keep quiet about an alleged affair they had.

Harder famously represented wrestler Terry Bollea, aka Hulk Hogan, in a sex-tape trial against the defunct news and gossip website Gawker. A Florida jury in 2016 awarded Bollea $140 million, and Gawker filed for bankruptcy and shut down later that year. 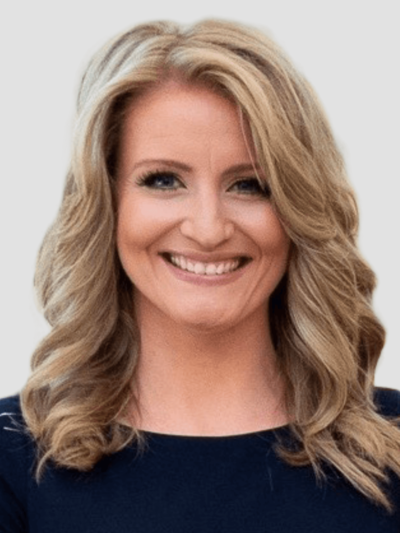 Ellis, who comes from a background of socially conservative Christian policy advocacy, is among the most outspoken attorneys counseling Trump's reelection campaign. She regularly appears on conservative media and often fires off dozens of daily tweets.

The former Colorado prosecutor came to prominence in evangelical Christian circles in 2015. That year, she began a three-year stint as an assistant professor of legal studies at Colorado Christian University and self-published a book, "The Legal Basis for a Moral Constitution: A Guide for Christians to Understand America's Constitutional Crisis."

According to WestBow Press, the Christian self-publishing platform that sells the 244-page book, Ellis argues that "our system of government is founded upon the Christian worldview and God's unchanging law, not a secular humanist worldview."

Since then, she has been involved in drafting media statements about some of the campaign's legal battles, sending a cease-and-desist letter to CNN over polling numbers the campaign alleged were misleading, and reportedly spoke with a criminal defense attorney for Trump's former national security adviser Michael Flynn.

In July, at least nine attorneys general pledged to stand with Trump's campaign, joining up with Lawyers for Trump, which aims to provide legal support to the campaign across the nation.

In addition to Paxton and Rutledge, the group initially included Attorneys General Kevin Clarkson of Alaska, Lynn Fitch of Mississippi, Tim Fox of Montana, Jeff Landry of Louisiana, Steve Marshall of Alabama, Jason Ravnsborg of South Dakota and Eric Schmitt of Missouri. But at least two high-profile members of the group have gone through some turmoil since Lawyers for Trump's unveiling in July.

Clarkson resigned from his job in August after news outlets obtained copies of hundreds of flirtatious text messages he had sent to a female state employee who was decades his junior.

In early October, several top aides in Paxton's office resigned and accused him of bribery and abuse of power concerning his dealings with a real estate investor whose offices were recently raided by the FBI. Paxton, who is also fighting felony securities fraud charges in state court, denied the allegations and rejected calls for his resignation. 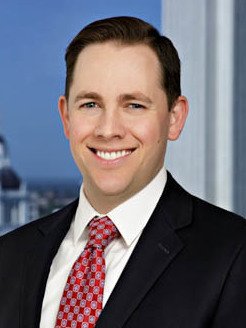 Handling issues for the Trump campaign in Florida is Ben Gibson, a politically connected lawyer who served under the last two Republican governors.

Gibson recently represented the Florida Chamber of Commerce and several other groups fighting against a proposed state constitutional amendment that would have legalized marijuana.

Several attorneys from Porter Wright Morris & Arthur LLP have been involved in election-related litigation in Pennsylvania.

The Ohio-based firm has offices in Illinois, Ohio, Florida, Pennsylvania and Washington, D.C. The co-chairs for the firm's election law practice are Kathleen Gallagher and Ronald Hicks Jr.

In September 2019, Gallagher was appointed general counsel for the Pennsylvania Republican Party, according to a news release.

"Kathy's deep experience in this area has earned the trust of political leaders in Pennsylvania, and her appointment is reflective of the trust she engenders in her clients," Scott North, chair of the firm's government and regulatory affairs practice group, said in the prepared statement.

Hicks has served as general counsel for Republican political candidates and political action committees and specializes in handling election disputes, including ballot recounts and challenges, according to his bio on the firm's website.

Representatives from the firm did not respond to requests for comment about its involvement with the Trump campaign.