Law360 (March 5, 2021, 4:52 PM EST) -- New York City is primed to offer a new clean energy financing option for developers, and real estate leaders at Duval & Stachenfeld LLP hope this change will be part of a broader move by the city to loosen regulations and encourage more development. 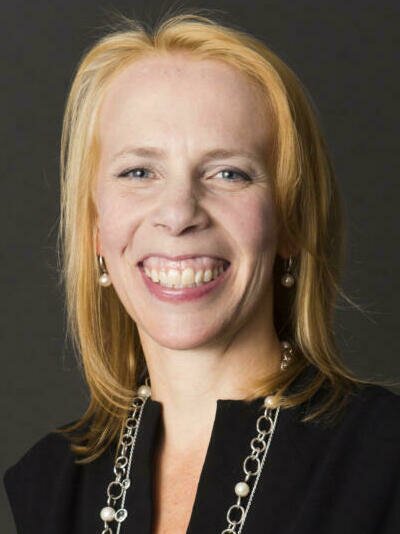 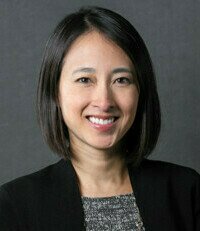 Terri Adler and YuhTyng Patka recently spoke with Law360 about Property Assessed Clean Energy financing as part of a series of Q&A's with female real estate leaders during Women's History Month, which also marks a year since the World Health Organization declared COVID-19 a pandemic.

Adler and Patka spoke about PACE financing as part of a broader discussion on how the COVID-19 pandemic is impacting commercial real estate.

What are some of the major ways you'd say the pandemic has impacted real estate?

Terri Adler: Some of it is very obvious. The impact on retail is probably the most significant — the massive amounts of stress now in retail and malls. You walk down Madison Avenue and you see all the stores that are closed; that's been pretty devastating. I think the working-from-home office impact — that remains to be seen [in terms of] what will actually happen when we return to whatever the new normal will be.

And there's been sort of a migration of people away from the big city centers, and people who have moved and figured out, "Oh, I can work from home from any old place I want to."

What are some of the key questions you're helping your clients sort through right now?

For example, clients that were planning on building spec office buildings have put those projects on pause as they evaluate the feasibility of offices in the future and how much of it the city will actually need. The residential developers have also paused because the underwriting has changed. They don't know what kind of rents they will be able to ask for and collect going forward.

So I'm helping my clients navigate the unknown and unexpected. I do think valuations, unless it's industrial or multifamily, are just all over the place — and that's impacted financing. That's impacted everything.

What are you seeing in terms of access to capital right now? How are banks assessing the current environment?

Adler: I think there's a lot of capital out there. I think the banks have a lot of money; I think that borrowers have more options. There's traditional and non-traditional people who are willing to and want to be at the sort of beginnings of the stack. And mortgage loans, preferred equity — people are getting very creative.

I think the problem is it's much harder to get your loan through, as Tyng noted, on certain kinds of projects. You have a lot of lenders who are extending loans or granting concessions. It's a creative market right now.

This is the second in a five-part series of conversations with women in real estate leadership positions at law firms. The next installment will be published next Friday.

The reason why PACE is special and what's magical about PACE is the way it's repaid, as a property tax assessment. It appears as a line item on your property tax bill, and the owner-borrower repays it when the property taxes are owed. So PACE is treated like a property tax, and therefore it offers some specific advantages to both the borrower and the lender.

Adler: People are really looking at real estate as not only that traditional structure anymore, and people are getting creative, and I think repurposing is also something that everyone is now looking at. "What can my mall be instead? What can this outparcel be? What can I do with this retail space? What can I do in a space that previously was utilized and no longer seems to have a market, at least for the short term?"

Patka: And on repurposing, again, PACE comes in really nicely because currently it is used for retrofits and new construction in some places, and the interest rates and the terms of PACE are much more favorable than some other more traditional loan products that a borrower is more familiar with. So that's why we really think with the repurposing combined with climate change, the intersection really [works] well with what PACE can provide to borrowers.

I wanted to ask you about repurposing. How do you see this going forward? Let's talk about it in the retail context, maybe in the mall context since you brought that up. What do you see as the future of malls as many of them get repurposed?

Adler: I think you do have situations that have already occurred where you take a big box and you convert it into some sort of medical facility. Or you take an outparcel and you turn it into housing, or you convert something into experiential. The things that people will go to when the world sort of reopens.

So I think that people are looking at, "OK, well, what do people want to do today? What has become the technology of today? What has become something that is a growing industry?" I think health care. I think student housing, industrial — all of the sort of asset classes that just have continued growth. And I think that's what, when you look at a mall and you look at the footprints and the big open space ... that lends itself to the new ideas.

Let's go back to PACE for a minute. Did you say it's brand new to New York? Has it started yet, or is it going to be used soon?

So what's it been like trying to navigate that new process in New York, turning the tax switch on as you say, amid the pandemic? Can you talk about the task of doing all that work remotely?

Adler: Lucky for us, we have a highly competent chief technology officer named Maria Aksentyan. She's awesome. I remember the days when there was no email, and so I can only imagine what it would have been like if something like this happened back then, but the technology of the day has really made working remotely surprisingly easy.

As far as engaging with city agencies, I think that was a slower start. I think the city was struggling a bit with everything from notaries to how you get things recorded to how you implement something. That was a much harder walk, and I guess Tyng you could speak to that.

Patka: It's been a relief to see city and state agencies opening up to remote work because before the pandemic, they did not accept PDF signed documents. Private parties do, but the city always required wet ink on paper, and now they've been forced to accept electronic versions of documents, and it's actually increased efficiency at some weird level.

I know it's strange to characterize government and bureaucracy as efficient, but the pandemic has forced people to get with the program.

For me personally, it hasn't been that difficult of a transition, because I'm fortunate enough to work at a firm that before the pandemic allowed me to work remotely on a regular basis, two days a week. So both me and the firm, our infrastructure was already set up to allow for remote work. And I think that when the pandemic first hit, those who were already set up for remote work had the advantage.

Like, for example, I have a friend I went to law school with; he represents lenders. When the pandemic first struck, he was inundated with work from his lenders because he had always been set up to work remotely.

Meanwhile, his competitors were not set up. They were the older generation who were used to being in the office and having paper files, and he said his bank clients gave him all the work because it was a smooth and seamless transition for him to continue servicing his clients, where it is a much more difficult task to transition from in-person to remote for the firms that were run by the quote-unquote older generation.

So as we're approaching the one-year mark for the pandemic, what are the key things to watch in the real estate world over the next few months?

Adler: I really think it's going to be adaptability. You saw this a bit in the recession. The impact has been much different than it was in the Great Recession, but you have a lot of people who have a lot of money who want to do deals. You have a lot of deals that are facing various levels of distress, but people don't know what it's going to look like if and when we hit herd immunity and everyone's been immunized and whatnot.

So, I think at some point, the floodgates will open. People will say, "OK, this is how this world is now. We accept that we're all going to be in some different sort of state. Maybe there's more working from home. Maybe there's more adaptable space. Maybe the footprints in offices will shrink." And right now everyone is waiting.

I think at some point, the business people are going to say, "Alright, we have to get to the business of doing our business," and they will open up to doing more deals, getting more creative and really sort of settling in as they see the numbers start to make more sense on the underwriting.

Patka: The real estate community, as in a lot of industries, is going to thrive on innovation, but [developers'] ability to adapt, both physically and psychologically, will count on the government's willingness to work with the adaptations. I'm sure you heard that Gov. Cuomo [proposed] in his budget proposal to allow the conversion of hotels into apartments in the city.

So that is the kind of government cooperation we need to see more of, where the government becomes a partner with the real estate community rather than the gatekeeper that prevents the necessary innovation from occurring.

Are there other ways you think the government could or should get involved?

Patka: I would love to see the government loosen restrictions, like zoning restrictions. That's what the proposal was. Loosen zoning restrictions, increase financial tax incentives to builders. If a developer can't see a pathway to get a sufficient return on investment on their project, they're not going to build it, even if legally speaking they can.

Adler: I will say too, you look at a program like the Opportunity Zone program — that is a perfect instance where the government came up with a means by which they could incentivize development through the tax incentives at the federal level.

And states followed suit, and [those states] did see a lot of activity and a lot of development. I think those are examples where rather than introducing legislation that imposes more tax or that cuts programs, or that makes it harder to build things, when you actually embrace the fact that the real estate industry is a local economic driver … those programs actually result in new development. Just an uptick in activity.