Law360 (July 22, 2020, 4:52 PM EDT) -- The first air rights project to cross the Massachusetts Turnpike in nearly 40 years is moving ahead, but the complex financing deal for the $700 million project could have been derailed by just one coronavirus case, lawyers at Goulson & Storrs recently told Law360.

Earlier this month, the law firm helped Samuels & Associates close a $323 million construction loan from AIG for the mixed-use project close to the Hynes Convention Center, the latest chapter in a seven-year-long story of the project. With the funding, the project now heads to the construction phase. 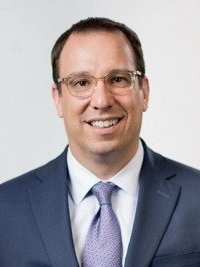 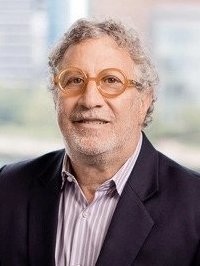 But getting that loan to the finish line required juggling five different pieces of the project and lining up all five to close at the same time on the same day, earlier this month. And parties all along knew that just one positive COVID-19 test would have prevented the five closings from coming together.

"If anybody in the registry building comes down with COVID, they close the building for two weeks," Goulston & Storrs PC's Zev Gewurz told Law360 in a recent interview. "We were driving toward the closing and picking a date, all the while wondering, 'What happens if the registry closes for two weeks? How are we going to get this done? … We're one COVID case away from this [deal] blowing up.'"

The project's story goes back seven years, when the Commonwealth of Massachusetts put out an RFP, or request for proposals, for the development of several sites.

With help from Goulston, Samuels teamed up with a joint venture partner to bid on the sites, and the commonwealth selected that venture. Samuels' partner subsequently dropped out of the venture and took some of the properties, while Samuels was left with the site that would ultimately turn into the mixed-use project: Parcel 12.

Goulston got the work on the deal in part due to the firm's long-standing relationship with Samuels.

"Doug has a very special relationship with Samuels," Gewurz said, referring to his colleague Doug Husid. "He's been working with Samuels very closely ... as their counsel in Boston on all their development projects."

Samuels earlier did a retail development project in Boston's South Bay area and more recently has done developments near Fenway Park, including an urban Target on Boylston Street.

Early on in the planning process for the latest project, it became clear there would be an incredible number of moving parts, including the need to procure air rights, since the project would straddle both sides of the turnpike and include a bridge over the freeway.

Getting air rights across the turnpike is something that hadn't been done for decades.

"Various parcels in Boston have been designated for development, and other developers have been attempting to develop one or more of those parcels for a very long time," Husid said. "The last successful air rights development [over the Massachusetts turnpike] in Boston was about 40 years ago. Copley Place. There have been a number of high-profile attempts air rights … in this corridor. These are very prominent locations."

But securing air rights was only one of the various challenges along the road to gaining entitlement for the project.

"Boston has a very intensive community process. The barriers for getting off the ground are very high, and the difficulties inherent in building over a roadway from an engineering point of view were complex, and extremely costly," Husid said. "There are intricacies of doing it over an active roadway in terms of when you can build and how you build. Diverting traffic. How you do that, when you do that?"

"There were a lot of competing interests … beyond the complexity of building an air rights project," Husid added.

For one, the project has a hotel component, so the parties had to negotiate with a hotel developer, owner and operator. And the parties also needed to line up an anchor tenant to take office and lab space, which required a separate set of negotiations.

Samuels also needed additional equity for the project, and had to bring in a JV equity partner. And then Samuels had to draw up the construction contract, which brought a host of engineering questions into play.

"It unfolded to become a massive mixed-use project," Gewurz said.

When complete, the project will have a 20-story office tower; CarGurus Inc. is slated to lease the top 11 floors of that tower. Plans also call for a 13-story Citizen M hotel, and the project will also include retail space and a new Hynes Green Line stop. The project will feature a deck that crosses eight lanes of highway as well as railway lines.

Gewurz's main contribution to the project was helping with the construction loan, and he said trying to get the that loan to properly cover all the moving pieces of the project was akin to taking a law school exam.

The idea, Gewurz said, was to come up with "a construction loan that interplayed like the center of a wheel, the spokes of which are supposed to connect through the whole circumference of the transaction."

There were so many parties and pieces involved, and the closing had five components. All parties involved had to come together on the same day to seal the deal.

And, of course, the chosen day was amid a global pandemic.

"All of it had to close at the same time at the same hour at the same day. It included massive transfers of funds and legal documents. Recordings with the registry," Gewurz said. "When we signed the loan commitment for a construction loan in the middle of COVID, we wondered whether we were the only or one of the only massive construction loans being signed in the middle of corona. It was an incredible challenge and accomplishment."

Indeed, getting a deal of such complexity done is no walk in the park at any time, and inking it during a global pandemic made the process all the more challenging, and ultimately rewarding for the parties involved.

"This will be historic for Boston and for the Back Bay," Gewurz said. "When we had our closing call on July 9 in the afternoon and the congratulations started, someone from our client at Samuels remarked, 'Remember this day, because it's a historic day in Boston.'"