Law360 (September 4, 2020, 4:14 PM EDT) -- Teva's offer to settle thousands of opioid-crisis lawsuits by donating enough opioid-dependence drugs to satisfy most U.S. demand for 10 years is attracting sharp new criticism from a bipartisan assortment of public officials who warn it could crush a vital and highly competitive corner of the pharmaceutical industry, interviews and documents show. 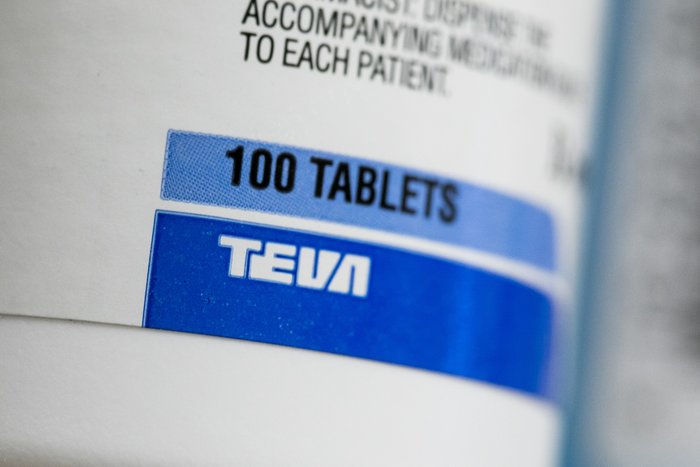 Teva's proposed donation of $23 billion worth of anti-addiction drugs in a legal settlement may disrupt part of the pharmaceutical industry, critics say. (Kristoffer Tripplaar/Sipa USA via AP Images)

The assaults on Teva Pharmaceutical Industries Ltd.'s proposed $23 billion drug donation are playing out in little-noticed congressional correspondence and hush-hush lobbying campaigns. And they are distinct from broadsides accusing Teva of blatantly inflating the value of its donation, a criticism that immediately emerged when Teva floated the deal last year to resolve allegations of illicit painkiller marketing.

Opponents are voicing several concerns, including unease about signing a long-term agreement with a company that's under federal indictment on price-fixing charges and saddled with more than $20 billion in debt — the latter being the reason Teva says it can't afford a massive cash settlement of coast-to-coast opioid litigation.

But the primary worry is that Teva's colossal contribution of buprenorphine-naloxone tablets — the most popular drugs for treating narcotic painkiller addiction — would make it virtually impossible for other pharmaceutical companies to sell the drugs and would vaporize incentives for them to research and develop new addiction-treatment medications that could be safer and more effective.

"That level of a commitment would in essence eliminate the competitive market for any of these products, and for future development of any future products, because who's going to pay a dime for anything when you get it for free?" Ohio Attorney General Dave Yost, a Republican whose state has one of the highest rates of opioid overdoses, told Law360.

A similar assertion appeared in an Aug. 17 letter to the U.S. Food and Drug Administration from Reps. David B. McKinley, R-W.Va., and Marcy Kaptur, D-Ohio. The lawmakers wrote that a flood of free pills could disrupt patient treatment and upend a robust segment of the pharmaceutical industry, adding that any disturbances could be especially harmful amid spiking opioid abuse during the coronavirus pandemic.

"Does FDA need additional authority to ensure that this untested settlement provision does not disrupt patient care or result in shortages?" McKinley and Kaptur asked the agency.

Federal lobbying disclosures contain hints of possible efforts by drugmakers to sow doubts about Teva's settlement. One such example can be found in disclosures from a U.S. subsidiary of Orexo AB, a Swedish drugmaker that sells a buprenorphine-naloxone product called Zubsolv.

Numerous drugmakers have won approval over the years to sell buprenorphine-naloxone products. One of the best-known versions, Suboxone, is sold by Virginia-based Indivior PLC, which in its most recent annual report said that "examples of risks" to its sales include "donation of competing sublingual buprenorphine and/or buprenorphine-naloxone tablets from opioid manufacturers as part of their legal settlements."

Indivior spent more than $200,000 in the final quarter of 2019 alone on lobbying related to a large number of opioid and pharmaceutical issues, disclosure forms show. The company didn't respond to a request for comment on whether it has lobbied public officials to oppose Teva's settlement.

The settlement is meant to end roughly 3,000 lawsuits filed by cities and counties in multidistrict litigation and by state attorneys general. Most of the suits target numerous companies in the pharmaceutical industry and seek money for expenses related to health care and law enforcement. Teva's deal would resolve cases involving generic oxycodone and allegedly illicit marketing and distribution of the fentanyl painkillers Actiq and Fentora.

The attorneys general of North Carolina, Pennsylvania, Tennessee and Texas brokered Teva's deal — which also includes $250 million in cash over 10 years — as part of a larger effort to strike global settlements with several companies, including drugmaker Johnson & Johnson and drug distributors McKesson Corp., Cardinal Health Inc. and AmerisourceBergen Corp. None of the deals have been finalized, and all have faced opposition from a sizable contingent of attorneys general and MDL plaintiffs lawyers who've called them inadequate.

A representative of McKinley told Law360 that his office had been contacted with concerns about Teva's settlement by patient advocacy groups — which often accept drugmaker funding — but declined to identify any of the groups.

"It's something that we monitor because West Virginia was hit so hard by the opioid epidemic. We had a number of stakeholders bring this to us, [including] patient groups," the representative said, speaking on condition of anonymity to discuss the outreach.

Yost, the Ohio attorney general, told Law360 that his office gets "calls from consumer groups, advocacy groups, other lawyers ... all the time" about various aspects of the proposed settlements. He declined to identify specific parties that have reached out.

A plaintiffs attorney in the MDL, speaking with Law360 on condition of anonymity because of a gag order on settlement discussions, said the ball is in Teva's court, given that the MDL plaintiffs last year deemed Teva's proposal too small.

"If Teva wants to talk further, they know how to reach us," the attorney said.

A spokesperson for Teva didn't respond to two requests for comment for this article.

During an earnings call last month, Teva CEO Kåre Schultz said settlement talks had been delayed by the pandemic but that a "positive dialogue" with state attorneys general was ongoing, and that if one of the looming opioid trials actually happens, its outcome could help resolve legal sticking points.

"We are still very optimistic and hopeful it will get implemented," Schultz said, according to a company transcript of the call. "But on the timing, I must admit, I don't really have a good, clear answer as to when that might be."

Apprehension about Teva's settlement stretches beyond its potential impact on the market for addiction-treatment drugs. Settling for pills instead of dollars doesn't reimburse governments for past expenses tied to the opioid crisis, and it only solves one issue going forward with rampant addiction.

"The consequences of one drug manufacturer supplying medicine in lieu of money to fund states' opioid recovery programs will set a dangerous precedent," Kaptur said in a statement provided to Law360.

An 11-figure settlement consisting almost entirely of prescription drugs does appear to have little precedent. A deal that bears some resemblance to Teva's has been floated by Purdue Pharma LP. It's been valued by the company at more than $10 billion and consists mainly of at least $3 billion in cash and tens of millions of doses of opioid-overdose reversal drugs that are still in development and would be provided at no cost or low cost. Purdue is in bankruptcy proceedings, and its settlement hasn't been finalized.

As of 2017, roughly 2 million nonelderly adults had an opioid use disorder, and nearly 40% of them were covered by state Medicaid programs, according to a Kaiser Family Foundation report last year. The costs of addiction treatment frequently stem not just from medications but also mental health, educational and vocational services. Opioid addiction is also linked to costly hospitalizations and higher rates of HIV and hepatitis C.

"[For] someone who is addicted to opioids, it's not like the only health care expenditure is opioid treatment drugs," Matt Salo, executive director of the National Association of Medicaid Directors, told Law360. "There's lots of others, and you have to pay for those."

Although Teva's CEO recently expressed optimism about inking a global settlement, it's possible that rising discomfort with massive donations of an important drug could further delay a deal, require its terms to be altered, or prompt some plaintiffs to opt out of any final resolution.

"It is not a fringe concern," Yost said of resistance among state attorneys general. "This has been out there for … almost a year, and the thing hasn't progressed. That should give you a clue as to where people are."

The MDL is In re: National Prescription Opiate Litigation, case number 1:17-md-02804, in the U.S. District Court for the Northern District of Ohio.

In Re: National Prescription Opiate Litigation