By Shawn Rice
Law360 is providing free access to its coronavirus coverage to make sure all members of the legal community have accurate information in this time of uncertainty and change. Use the form below to sign up for any of our weekly newsletters. Signing up for any of our section newsletters will opt you in to the weekly Coronavirus briefing.


Law360 (March 18, 2022, 4:05 PM EDT) -- Businesses across the country have hit state courts with a wave of new COVID-19 coverage lawsuits, as companies attempt to avoid the outcomes overwhelmingly seen in federal courts that favor the insurance industry. 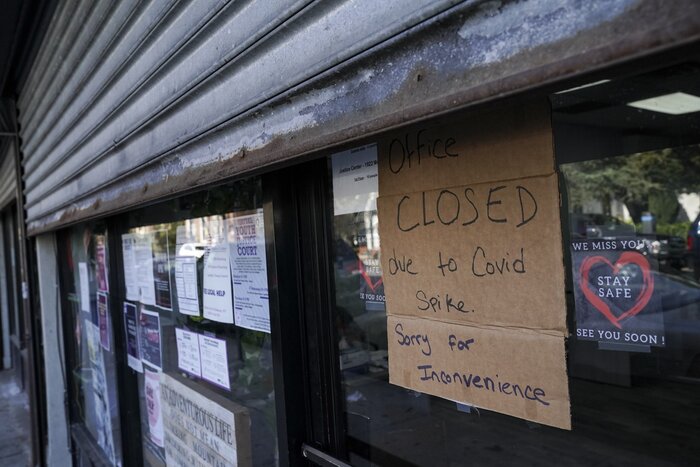 With federal courts overwhelmingly favoring the insurance industry in COVID-19 coverage lawsuits, businesses nationwide are turning their focus to state courts to see if they fare better. (AP Photo/John Minchillo)

With the clock ticking on the typical two-year statute of limitations and the pandemic pushing past its two-year anniversary, businesses have had to decide whether to file suit to preserve their ability to seek payment. Though negotiations with insurers continue, policyholder attorneys say if the insurers aren't willing to allow an extension of time then policyholders are forced to file litigation.

"So many attorneys are having conversations with clients on how to proceed," said Kristin Davis of Thompson HD, who represents policyholders in COVID-19 coverage fights, including a company offering testing, inspection and certification services, which recently filed a New York state court suit.

"The law is still so unsettled," she said.

Busy Courts On The East Coast

The Chicago Bears organization was one policyholder not willing to sit on the sidelines, suing its insurer in March in a Rhode Island state court. The NFL team joins other suits filed in that court against the same insurer by the sports arena for the Chicago Blackhawks and Bulls as well as a real estate developer.

Millions of dollars are at stake in the suits involving the Chicago sports teams and the developer, which allege the presence of the virus caused physical loss and damage to their properties. The developer also says its insurer reaped profits during the pandemic — a topic that has started to come up in these cases.

Representatives for the sports team and sports arena didn't respond to requests for comment.

More than 20 suits were filed this month on behalf of New York businesses by Chris Berloth, a partner at Duke Holzman Photiadis & Gresens LLP, looking for coverage of pandemic-related losses.

Despite the Second Circuit's decisions, which have all gone in favor of insurers, he told Law360 his clients feel strongly about their position that the presence of the virus causes physical loss and damage. Berloth doesn't believe there is an affirmative outcome in the cases with the possibility one of makes it to New York's highest court.

"I suspect if it gets up to the New York Court of Appeals that it gets done before the rubber meets the road on these other cases," Berloth said. "Where the highest court of the state hasn't issued a decision on point or where there is litigation to be had, we intend to keep these claims alive on behalf of our clients."

For example, Davis told Law360 her client in its New York suit has a fact pattern — an "all-risk" policy originally with a virus exclusion that the insurer expressly deleted — that isn't matched in other cases. "Having a virus exclusion and then deleting it is pretty good evidence that viruses are covered," she said.

A Pennsylvania gym and other businesses filed state court suits in the Keystone State, where policyholders have seen a mixed bag. A policyholder attorney described one Pennsylvania state ruling as "literally a book on virus on the premises, and a scholarly discussion of the entire history of toxic, noxious cases."

Several Massachusetts restaurants recently filed suit in state court against an insurance carrier that is at the center of a case with the Bay State's highest court justices. Massachusetts' top appellate court suggested in a January hearing that losses tied to government-ordered shutdowns might not be covered.

Despite the flurry of new state court filings, attorneys for insurance carriers warn that policyholders should expect efforts to remove the cases to federal court and to quickly have them thrown out.

These COVID-19 coverage suits are being driven by suit limitation provisions in policies, according to Alycen Moss, vice chair, global insurance department at Cozen O'Connor PC. She told Law360 in email to expect insurance carriers to file motions to dismiss like those already seen across the country.

"The tide is against the policyholders, and many courts are deciding motions without oral argument because the issues are so clear," said Moss, who represents property and casualty insurance carriers.

In the middle of the country, The Ohio State University named seven insurance carriers in a state court suit in March, alleging the way the virus is transmitted — through respiratory droplets, contact with surfaces and aerosolized particles — shows COVID-19 causes direct physical loss or damage to property.

An accurate picture of the number of state court cases is harder to gauge than federal court cases but Stephen Pate, co-chair of property insurance group of Cozen O'Connor PC, said that in the middle of the country, most major carriers would be diverse from the corporations and entities who are suing them.

More than a dozen bars in Ohio and Illinois sued the insurance company at the center of a high-profile case before the Buckeye State's highest court justices. In February, the Ohio Supreme Court considered a COVID-19 coverage suit, raising a fogged mirror analogy to interpret whether the virus alters premises.

Indiana's The Saturday Evening Post was among a handful of businesses in the Hoosier State that added state court suits, alleging their insurance carriers should pay for losses during the pandemic. Though Indiana's highest court doesn't have a COVID-19 coverage appeal, neighboring states do.

The Wisconsin Supreme Court has an April hearing for a class action by restaurant and bar owners. That court will join Iowa's high court justices in deciding coverage for losses caused by government-imposed restrictions. In February, the Iowa high court heard from a golf and country club and its insurer.

Policyholders await outcomes with cases pending before some state high courts but as they do, they are also evolving the allegations in lawsuits to try and show physical loss and damage by the virus itself.

New York, New Jersey and Texas are of particular interest to Merman, as each win at the state level adds to the idea that there is more than one reasonable interpretation for the language in these policies.

"Over the past two years, the majority of courts have denied coverage before cases have been allowed to get out of the chute," he said. "These states have more expansive coverage law and are currently hosting cases that provide exceptional opportunities to draw coverage lines useful to both sides of the bar."

Attorneys for insurance carriers point to the current outlook out of state appellate courts, arguing it doesn't look good for policyholders based on outcomes in California, Indiana, Michigan, Ohio, New York and most recently Illinois, which had its first appellate court preserve an insurer's coverage win. A panel of New York appellate judges expressed hesitation in Feb. 8 oral arguments on whether pandemic-related losses would be covered.

"I do not think it looks good for policyholders even in state courts," Pate said.

Slower, But Not All Quiet On The Western Front

On the West Coast, there hasn't been as much activity compared to the East Coast. The Ninth Circuit remains the leading federal appellate court for appeals of COVID-19 coverage cases.

Still, businesses continue to enter the discussion as restaurants and hotels in Oregon and California and a Native American tribe operating a casino in Washington brought their own suits in state courts, alleging they should be covered for losses caused by the virus during the pandemic.

The Golden State's highest court dealt a blow to California policyholders when it turned down an offer to review the first COVID-19 coverage appellate ruling in the state. That decision ruled a hotel couldn't show the virus caused damage but was open to the possibility that an airborne agent like the virus could.

Policyholder attorneys say the unsettled law is creating a situation where clients that don't file suit risk losing coverage that they rightfully have based on an insurer's refusal. If state high courts ultimately side with policyholders, those that didn't file suit will be left without the chance to recover, attorneys say.

Contractual terms in policies play a large part of the reasoning behind the flurry of recent state court activity. Within some states, the filings act to protect claims while both policyholders and insurers await the guidance of that state's high court, said Ian Birk of Keller Rohrback LLP.

Birk told Law360 that his firm's filings have pointed out cases should be stayed pending the Washington Supreme Court's decision in a COVID-19 coverage case. That court in January agreed to hear whether there is coverage for a pediatric dental practice's losses caused by government-imposed restrictions.

Guidance by the Washington high court justices "will be the most important factor" in deciding coverage under policies governed by Washington law, given the split in trial court rulings in the state, he said.

As these COVID-19 coverage cases pass the two-year anniversary of the pandemic's start, there are a lot of decisions left to be heard by federal appellate courts and the high courts of several states.

Pate observed that there may be trial court decisions without an opinion that aren't heard about and possibly quick settlements in venues not friendly to insurers. But he said state courts don't seem to favor policyholders despite some filings in Washington state court, which has the perception of being pro-policyholder.

"The tide is against these cases," Pate said.

Update: This story has been updated on information about the position of these cases in New York state appellate courts.