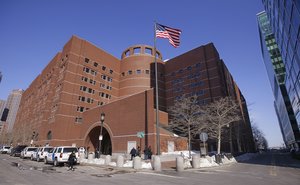 The scheduling order comes after U.S. District Judge Nathaniel M. Gorton in November declined to rubber-stamp the request for a delay. Instead, the judge pressed the parties on why witnesses couldn't be prepared via video meetings, asked how many participants in the trial were 65 years or older and hinted that lawyers worried about going forward with a trial might consider withdrawing from the high-profile case.

"If still warranted by the status of the pandemic or government regulations then in force, the parties are encouraged to agree upon the appearance of witnesses at trial by video deposition," Judge Gorton wrote in the order.

Zangrillo's attorney, Martin Weinberg, told Law360 that he's "grateful" for the new trial date and said any remaining pandemic-related issues can be addressed closer to trial.

"We are optimistic that a trial with the full constitutional liberties that existed pre-pandemic will occur in September," Weinberg said. "If the burdens posed to the criminal justice system by the pandemic continue into the fall we will address resulting issues closer in time to the trial date and will fully consider all portions of the court's order at that time."

Abdelaziz's attorney, Brian T. Kelly of Nixon Peabody LLP, said, "We appreciate the court's ruling and will be ready for trial next September."

A spokeswoman for the U.S. Attorney's Office in Massachusetts declined to comment. Representatives for Wilson and Zadeh were not immediately available for comment on Monday.

Those 15 defendants are all that remains of the 52 people charged in the college testing and admissions scheme. The case focuses on the work of admitted scheme mastermind William "Rick" Singer in shuttling money from wealthy parents to bribe test proctors and athletics coaches to get their children into elite schools.

Prosecutors had asked for a six-month prison sentence for Niki Williams because she took bribes four times and violated the trust placed in her as a test administrator. But Judge Talwani gave Williams a year of probation, saying she was less culpable than any others in the "audacious" scheme. Of the $370,000 paid by four of Singer's clients whose kids took tests with Williams' help, she took in just $12,500 for herself, or only 3%, the judge noted.

"It could have been seen as a private crime, but it isn't," Judge Talwani said. "It was a bigger crime, it's a felony. But in that bigger scheme, she's 3%."

The judge said she was surprised to see a supportive letter from Williams' former employer, a high school that fired her after being charged.

"That part of your personal history shows to me that everyone in your world knows your work ethic and your dedication to doing your job, and doing your job right, and it makes me see this as a bad mistake," Judge Talwani said.

In October 2019, Williams had filed a bid to dismiss the charges, saying she had no duty to the College Board and ACT Inc., which administer the exams. She also argued that the fraud charges should fail because she didn't deprive either organization of money or property. Test scores don't qualify as property under the law, Williams argued.

In September 2020, Williams pled guilty in exchange for a recommendation from prosecutors for a sentence at the low end of the sentencing guidelines and the government dropping two charges.

The government is represented by Justin D. O'Connell, Karin M. Bell, Kristen A. Kearney, Leslie A. Wright, and Stephen E. Frank from the U.S. Attorney's Office for the District of Massachusetts.

Homayoun Zadeh is represented by Tracy A. Miner and Megan A. Siddall of Miner Orkand Siddall LLP.