5 To Watch As GOP Races To Fill Ginsburg's Seat

Law360 (September 20, 2020, 7:36 PM EDT) -- President Donald Trump has said he will name a woman to succeed the late Justice Ruth Bader Ginsburg on the U.S. Supreme Court. Here's a look at five candidates he could pick in the coming days.

With Senate Majority Leader Mitch McConnell promising to give the president's nominee a Senate vote, the Washington rumor mill has settled on a handful of female federal appellate judges and one White House lawyer as the frontrunners in the Republican race to replace the liberal stalwart, who died Friday of complications from pancreatic cancer. 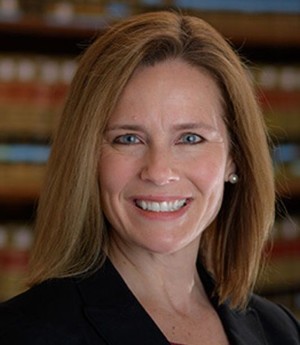 A committed originalist and textualist, Judge Barrett cut her teeth in academia, rather than the courtroom, frequently publishing law review articles during her time as a law professor at Notre Dame Law School, where she also earned her law degree before clerking for Justice Antonin Scalia on the Supreme Court.

"You have to think about what you're trying to accomplish with this pick," Ilya Shapiro of the Cato Institute said. "Is it appointing a strong originalist and textualist, someone who will reach results that Republicans will like and conservative legal elites will like? Barrett has the strongest record on that."

Judge Barrett was confirmed to the Seventh Circuit in October 2017 after a contentious confirmation process in which Democrats seized on her strong Catholic faith to question whether she could serve as an impartial judge. Barrett's stock among social conservatives rose dramatically following the proceedings, where the ranking Democrat on the Senate Judiciary Committee said, "the dogma lives loudly within you."

"It was aggressive questioning of her because of her Catholic faith, and she showed tremendous grace and poise under fire," said John Malcolm of the Heritage Foundation.

Indeed, Malcolm said the appellate judge's personality is another trait that could score her serious consideration by Trump. "I've met her. She's charming. She's just a charming individual in addition to being incredibly intelligent."

Progressives say Judge Barrett's academic writings reveal a strong bias against reproductive and LGBTQ rights. She said in 2013 that Roe v. Wade "essentially permitted abortion on demand," and in 2018, Barrett dissented when the Seventh Circuit refused to reconsider a decision striking down a controversial statute that made it illegal to perform an abortion because of the fetus' sex, race or disability. 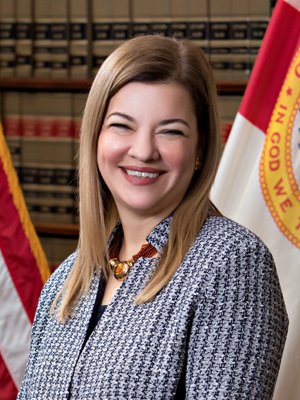 Eleventh Circuit Judge Barbara Lagoa — a well-known jurist in Florida's legal world, yet relatively unknown to the broader public — has also emerged as a top contender for Justice Ginsburg's seat on the Supreme Court.

Judge Lagoa was only recently added to President Trump's list of his potential Supreme Court picks, yet is now mentioned alongside Judge Barrett as the favorites for the job.

Judge Lagoa became the first Hispanic woman confirmed to the Eleventh Circuit in November 2019 shortly after joining the Florida Supreme Court. She previously served for 12 years as a judge on Florida's intermediate appellate court.

"I do believe she has very serious traction right now in the White House as a potential nominee," said Jesse Panuccio, a Boies Shiller Flexner LLP partner who vetted Lagoa for the Florida Supreme Court as a member of Florida's judicial nominating commission. "She has a 14-year judicial career, probably the longest judicial record of anyone who's seriously in the running right now. She is very well respected in the Florida legal community."

While Judge Barrett has the strong backing of Washington's legal elite, Judge Lagoa's nomination could have political advantages just weeks away from a contentious presidential election.

"She would be more of a political pick in the sense of being from Florida, Cuban American ... important constituencies," said Shapiro.

Born in Miami to Cuban parents who had fled after the revolution, Lagoa has been a fixture in the conservative legal community in Florida for decades. Before joining the bench, she helped represent the family of Elian Gonzales in the legal battle over his asylum in 2000. Among her prominent backers are Republican Florida Gov. Ron DeSantis, a close ally of President Trump, who himself has strong ties to the "Sunshine State."

"Although she's not as well known to the D.C. establishment, the Florida legal community is well-acquainted with her as a jurist of the highest skill and integrity, and I have every confidence that the broader legal world will be very pleased with what they find with her record," said Panuccio. 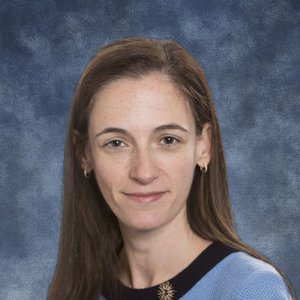 Like Judge Lagoa, White House lawyer Kate Todd was also among the 20 names that President Trump added to his Supreme Court shortlist earlier this month. Formerly the top lawyer for the U.S. Chamber of Commerce's Litigation Center, Todd is now a deputy assistant to Trump and reportedly advises on judicial nominations.

Todd began her legal career clerking for Justice Clarence Thomas on the Supreme Court, though some commentators think that her lack of judicial experience could make it difficult for her to get the final nod. 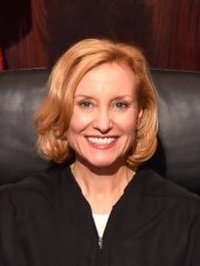 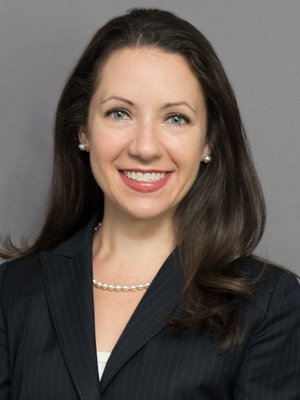 Of course, other names have been linked to Justice Ginsburg's seat as well, including Sixth Circuit Judge Joan Larsen and Fourth Circuit Judge Allison Jones Rushing. Judge Larsen was appointed to the appeals court in the first year of Trump's presidency and was on the original list of 11 possible Supreme Court picks that Trump released as a candidate in 2016.

A former clerk to Justice Antonin Scalia, Judge Larsen had also worked as a Sidley Austin LLP associate and spent time in academia before being named to the Michigan Supreme Court. At her confirmation hearing, Justice Larsen defended her impartiality as Democrats probed her time at the Justice Department's Office of Legal Counsel in the George W. Bush administration.

Judge Rushing, a former appellate litigator at Williams & Connolly LLP who had clerked for Justice Neil Gorsuch when he served on the Tenth Circuit, won confirmation to the Fourth Circuit in a 53-44 vote in March 2019. In her 30s, she faced Democratic criticism for being too young for the job, and Republicans were criticized for holding her confirmation hearing during a congressional recess.

With the election just over 40 days away, the White House is moving at breakneck speed to name a successor to Justice Ginsburg, and Trump said he would "be putting forth a nominee next week" at a rally on Saturday.