Our 'North Star': What RBG Means To Women In Law

Law360 (September 20, 2020, 8:20 PM EDT) -- In private practice during the 1980s and 1990s, law firm colleagues questioned whether Laureen Seeger could be a partner if she also wanted to have children, and then once she became a mother, they asked her whether she wanted to scale back her career.

Speaking with Law360 over the weekend, Seeger shared how, in those moments, she drew inspiration from U.S. Supreme Court Justices Ruth Bader Ginsburg and Sandra Day O'Connor to stand up to her peers at the law firms who questioned her ability to succeed both at home and work. 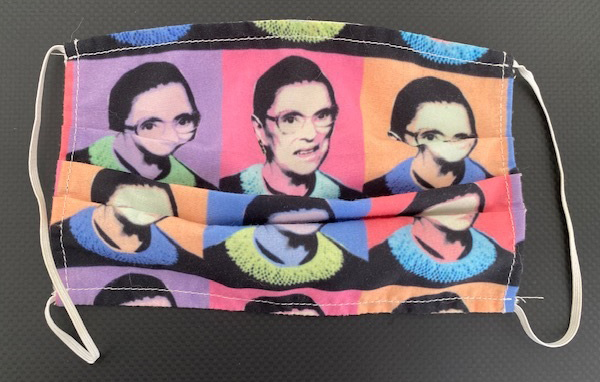 "I felt that [Justice Ginsburg] just embodied for me the possibility and the courage and the strength of trying to shoot for the stars as an attorney, substantively and with impact, but also to have a life, to be a kind person and to be a mother," said Seeger.

Seeger, who earlier in her career worked at what was then Jones Day Reavis & Pogue and later made partner at Morris Manning & Martin LLP, is now a mother to five children and the chief legal officer of American Express Co.

To Seeger, Justice Ginsburg — whose death Friday has sent shockwaves across the legal community — "embodied the possibility of having it all, which was such an elusive goal for women attorneys in the 1980s and 1990s."

"Justice Ginsburg validated and reinforced my choice to practice law at a very high level while also hoping and ultimately having a family, as well as serving my community outside of my job," said Seeger.

Like legions of other female attorneys around the country, Seeger said she's devastated by the death of the 87-year-old justice, a woman many lawyers looked to as a feminist judicial icon who cleared high hurdles for women entering the law and whose influence transcended generations.

The trailblazing justice has been lionized for her groundbreaking work as an advocate for women's rights both on and off the court. Confirmed in August 1993, she was the second woman appointed to the Supreme Court after Justice O'Connor, who retired from the bench in 2006.

"Justice Ginsburg has been the North Star for me," Seeger said. "For decades, I have looked up to her, I've been inspired by her and I've felt tremendous gratitude toward her, and her passing was actually heart-wrenching for me."

Justice Ginsburg's example encouraged many female attorneys to feel empowered at their own firms.

Over the weekend, Ropes & Gray LLP Chair Julie Jones recalled Justice Ginsburg saying, "When there are nine," in response to questions asking when she would be satisfied with the number of women justices.

There is no doubt that making sure that we were giving women a shot through promotion to partnership was a very specific task and goal that I executed with her very much on my mind. 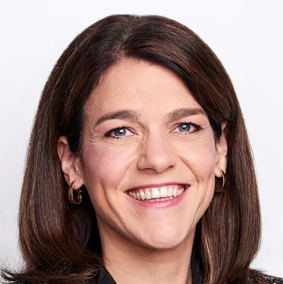 Jones said she has applied that thinking to her own efforts in striving to increase the number of women at the BigLaw firm, particularly as equity partners and on the management committee, of which she has been a member of since 2011.

According to Jones, there are now three women on Ropes & Gray's 11-person committee, and 31% of its equity partners are women — about 10 points above the industry average, according to Law360's 2019 Glass Ceiling Report.

"There is no doubt that making sure that we were giving women a shot through promotion to partnership was a very specific task and goal that I executed with her very much on my mind," said Jones, adding that she feels a "kinship" with Justice Ginsburg because they share the same March 15 birthdate and alma mater, Cornell University.

Justice Ginsburg graduated from Cornell, and later broke barriers when she earned her degree at the top of her class from Columbia Law School in 1959.

But she then struggled to find a job.

"First, I was Jewish, and the Wall Street firms were just beginning to accept Jews. Then I was a woman. But the killer was my daughter Jane, who was 4 by then," she told The New York Times in 2015.

Justice Ginsburg often joked that if there had been more opportunities for female lawyers when she graduated at the top of her law class, she would likely have ended up retiring as a law firm partner.

As recently as January, Justice Ginsburg spoke about how the legal world — and the United States in general — has failed to grapple with the ways bias and a lack of work-life balance have held women back.

Former U.S. Attorney General Loretta Lynch told Law360 she's particularly inspired by how candid the justice was about the struggles she faced early in her career and the challenges of integrating her work and family lives — experiences that Lynch said "made her so relatable to all of us."

"Using her as an example of someone who … acknowledged that there are extra pressures on women, that there are extra pressures if you want to have a family, but kept pushing through that — was an important message to me," said Lynch, who was the first African American woman to serve as U.S. attorney general. She's currently a partner at Paul Weiss Rifkind Wharton & Garrison LLP.

During her year clerking on the Supreme Court for Justice Stephen Breyer, Jennifer Newstead — now the general counsel at Facebook — said she was particularly struck by Justice Ginsburg's dedication to her craft.

"She was a lawyer's lawyer with an unparalleled work ethic who inspired others to strive for excellence, think and write with precision and care, and devote time to mentoring younger lawyers and law clerks," she told Law360 in an email.

While Jennifer Braceras, director of Independent Women's Law Center, said she doesn't share the justice's judicial philosophy, she respects her career and intellect, as well as the friendships she formed with peers across the political aisle — namely with the late Justice Antonin Scalia.

"I think particularly in this politically divided time in which we live, we could all learn something from that," Braceras said. "Just because people have a different political or jurisprudential philosophy than you doesn't make them the enemy. In fact, they could turn out to be one of your closest friends."

While female attorneys said it's difficult to pinpoint exactly where gender diversity in the legal industry might be today without the justice's looming influence — and also struggled with similarly naming another role model to fill her shoes — they see a crucial need to immediately step up and take the baton the justice carried with her throughout much of her career.

Morgan Lewis & Bockius LLP Chair Jami McKeon draws on Justice Ginsburg's quote: "So often in life, things that you regard as an impediment turn out to be great, good fortune."

"I think as a leader, that is so important to see," she said. "It's easy to get beaten down, it's easy to give into worry and into anxieties, easy to spot the problems; the question is ... can you see across the horizon, can you keep your eye on the ultimate goal?"

Justice Ginsburg planted and nurtured seeds for women in law, and inspired swaths of leaders who will take the work forward, Seeger said.

In Seeger's own career, continuing to follow Justice Ginsburg's example means getting more involved in causes that help others, namely for her LGBTQ colleagues.

"Her death has caused us to focus on the length of her career and everything she has accomplished," she said. "It's, once again, a high bar but a North Star."